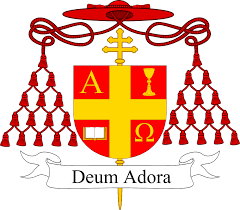 Statement from Cardinal Thomas Collins, Archbishop of Toronto
re Introduction of Bill C-7
​(An Act to amend the Criminal Code (medical assistance in dying)
The federal government has introduced new legislation expanding the eligibility criteria for euthanasia. The inaccurate term, medical assistance in dying (MAiD), is currently used to describe what this law would allow, but this process is more accurately called euthanasia or assisted suicide. Pain medication and other resources and procedures can be used effectively to medically assist people who are dying, but that is not what MAiD means. It means giving a lethal injection to people who are not dying, so that they will die.

Those who oppose euthanasia expressed concern in 2016, when it was first legalized, that once the state legally provided death for some, it would only be a matter of time before the criteria for that would be expanded. This was dismissed as a slippery slope argument; we were told that “safeguards” would protect the most vulnerable. Now, less than four years later, we are far down the slope, and the criteria for euthanasia have been radically expanded.

There is no longer a requirement that the person receiving euthanasia be terminally ill. Under this legislation, any serious incurable illness, disease, or disability would render one eligible for euthanasia. Additionally, without any further study or direction from the courts, the new legislation would legalize euthanasia where consent is obtained by an advance directive. This is a new chapter of death on demand. Canada has cast aside restrictions at a far quicker pace than any other jurisdiction in the world that has legalized euthanasia.

As our legislators and country consider the legislation presented this week in Parliament, we should be mindful of the following:


I invite all Canadians concerned about this legislation to contact their Member of Parliament to voice their concerns. We should also take time to be truly present to those who may feel that they are on the margins in our community. Those who feel that their life no longer has value must be assured by all of us that this is absolutely not the case – there is dignity within each human life, not just when we are young, healthy and able, but even more so, when we are fragile and vulnerable.

It is up to every Canadian to foster a culture of care and love for one another. The answer is not assisted death in its many forms; it is accompanying our family, our friends and even strangers to assist them in life, recognizing the inherent dignity of every person.

Thomas Cardinal Collins, Archbishop of Toronto | 1155 Yonge Street, Toronto, Ontario M4T 1W2
Contact Your Member of Parliament!
New Euthanasia Legislation Introduced in Canada
Legislation that would expand access to euthanasia in our country has been introduced by the federal government. Among the alarming changes are amendments to expand euthanasia to those without a terminal illness, including those with disabilities. Only 30 per cent of Canadians have access to quality palliative care which would significantly reduce the number of people wanting to end their lives. Every life has value - visit www.helptheliving.ca to send a letter (prepared for you) to your Member of Parliament. The process takes less than 5 minutes. We continue to pray and advocate for the vulnerable among us.